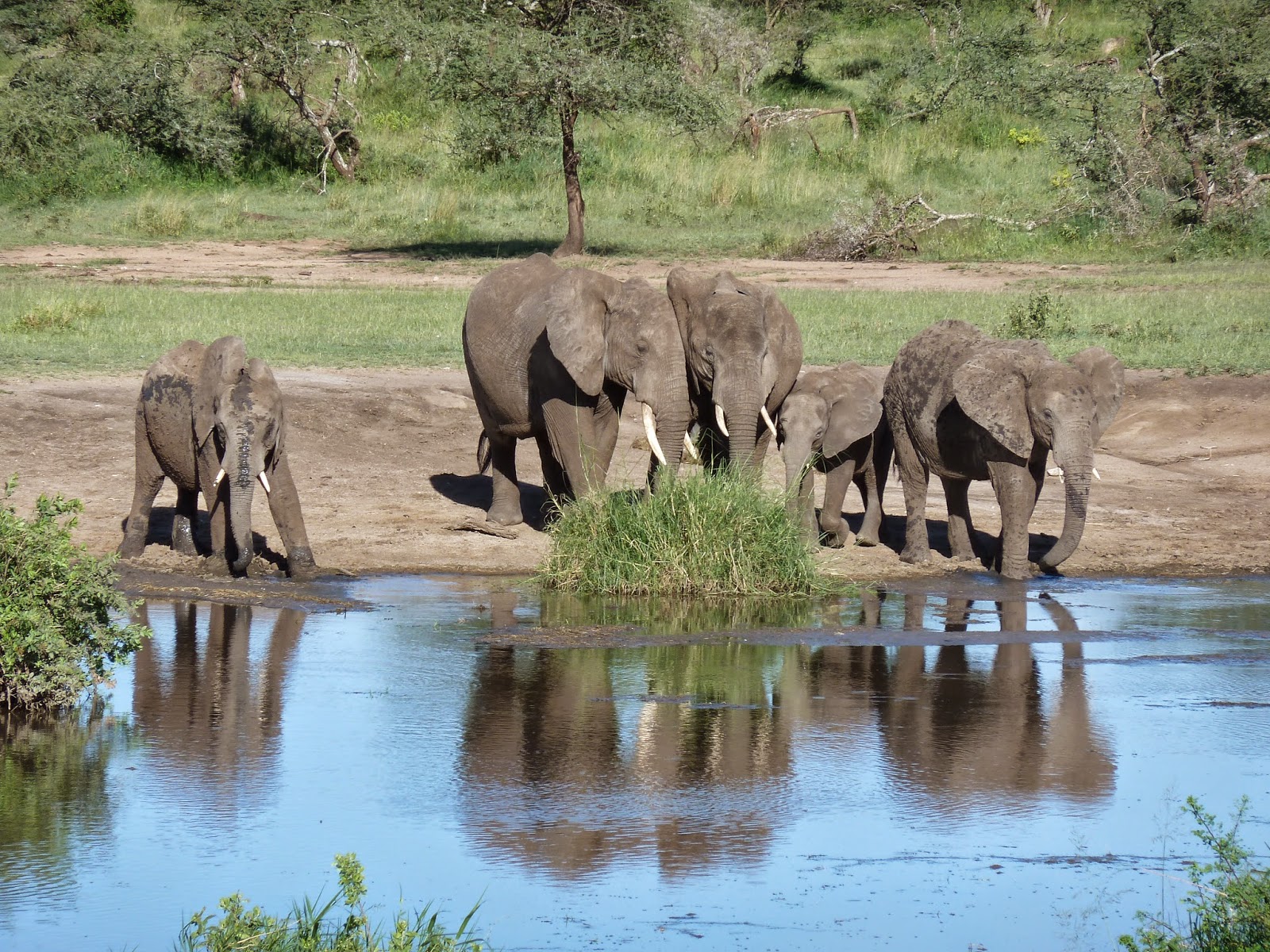 At the warmest part of today, with the sun beating down on my car, the temperature still registered zero. We are deadlocked in bitter cold, and I can’t think of a better thing to do than travel to some place warm and sunny. Not Florida, or the Caribbean, Arizona or California. Instead, it’s time to revisit Africa – specifically, the Serengeti and surrounding area in Tanzania. From April, 2012, my Safari Adventure –
I hate getting up early for anything. But more than hating that, I love a good deal, and maximizing my dollar. So when our guide told us we’d need to leave the campsite before 6:00 every morning to see the most animal activity, there was no question for me – a 5:30 wake up call. A safari requires little primping, and my choice of clothes was between khaki and khaki. 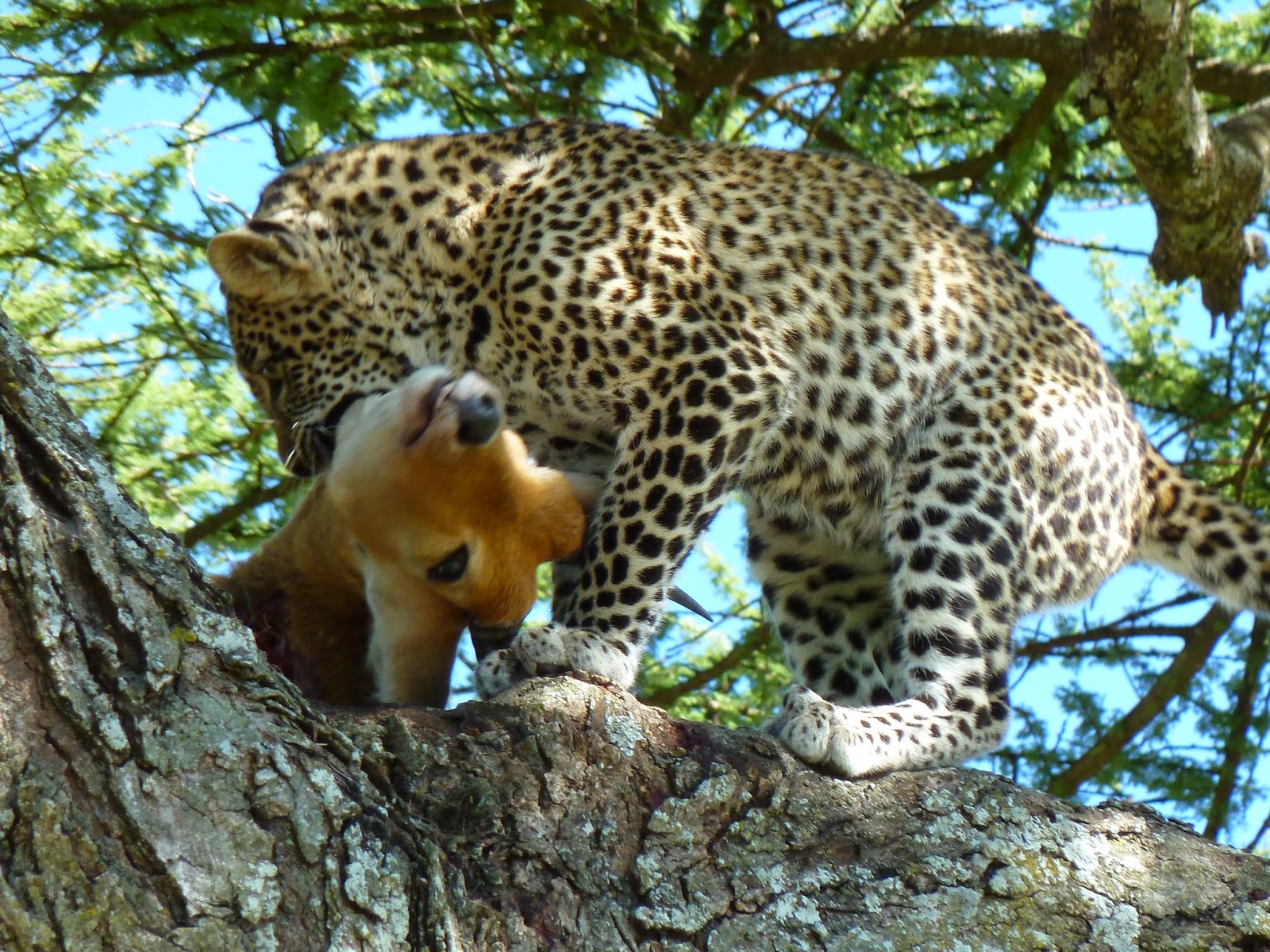 Day one, we hopped in an 8 passenger plane after having our luggage weighed – no more than 33 lbs total per person, and then flew the two hours to the Serengeti. Saying good bye to pavement and all commercial venues, we met Alex, our 55 year old driver and guide, and the fun began. For the next eight days, we were up by 5:30, and spent more than 10 straight hours in our Land Rover, jostling over rutted roads, dried up river beds and expansive plains.
We ate both our boxed breakfasts and lunches in the car most days, and dust seasoned our food. Our daytime bathroom was the patch of parched land behind the Land Rover, only after Alex scouted it out for animals. 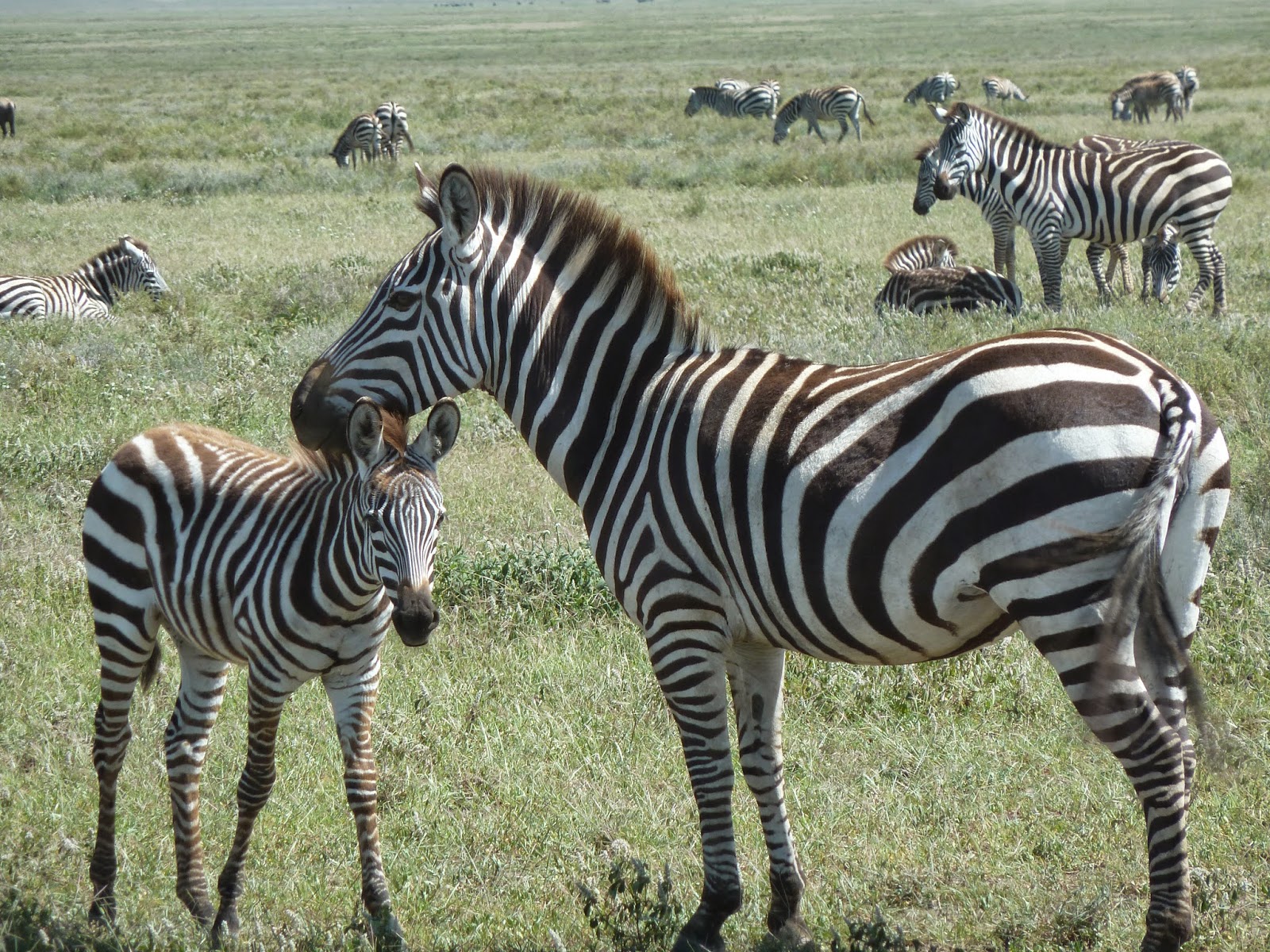 Some days, we drove for hours and hours, never seeing another vehicle, creating our own roads along the way. We used rock formations as points of orientation.
In the evening, we were escorted back to our tent after dinner because animals were roaming freely nearby. We’d shake the dirt and dust from your clothes because we were putting them back on the next day – we only took three changes of clothes.  At one site, our shower water was delivered directly from the camp fire. 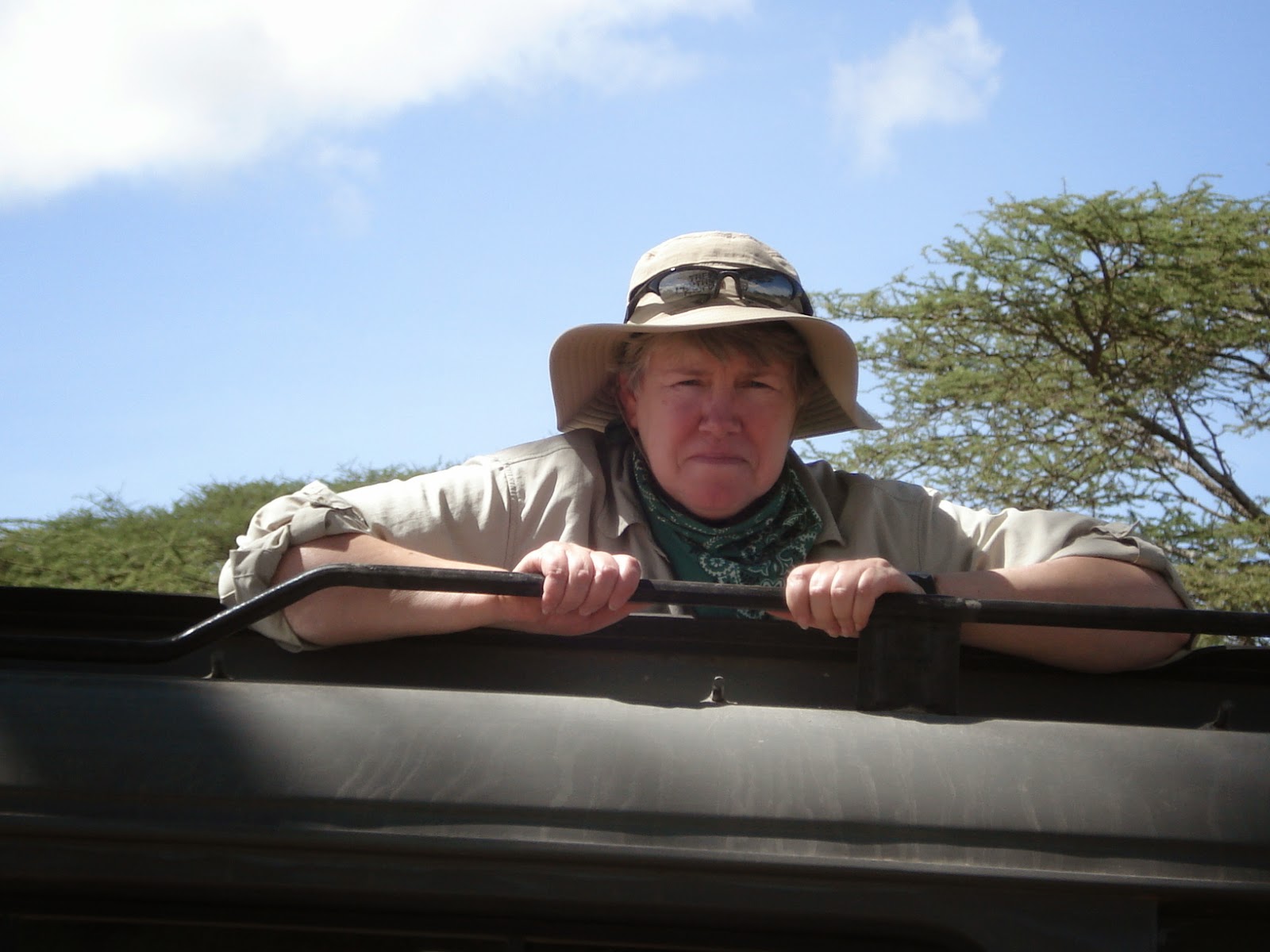 For nine days, we traversed the Serengeti National Park and the Ngorongoro Conservation Area in Tanzania with their “vast expanses of highland plains, savannas, woodlands and forests” in a one and a half ton, 7 passenger Land Rover with the canvas top rolled back for maximum viewing.  We stood and looked out over the top whenever we could, and I became one with my hat very early on. There were just two of us on our own private safari, and I’m glad it was just us – it would have made “nature breaks” all the more challenging.  Foolishly, in about hour 6 of the first day, I asked if I could just get out and take a little walk to stretch my legs. Clearly, I’d already lost my mind; no, I couldn’t go out for a little walk – I was in one of the world’s largest playgrounds with some of the world’s fiercest animals. So for the next nine days, I took my walk between the other 6 seats in the vehicle. 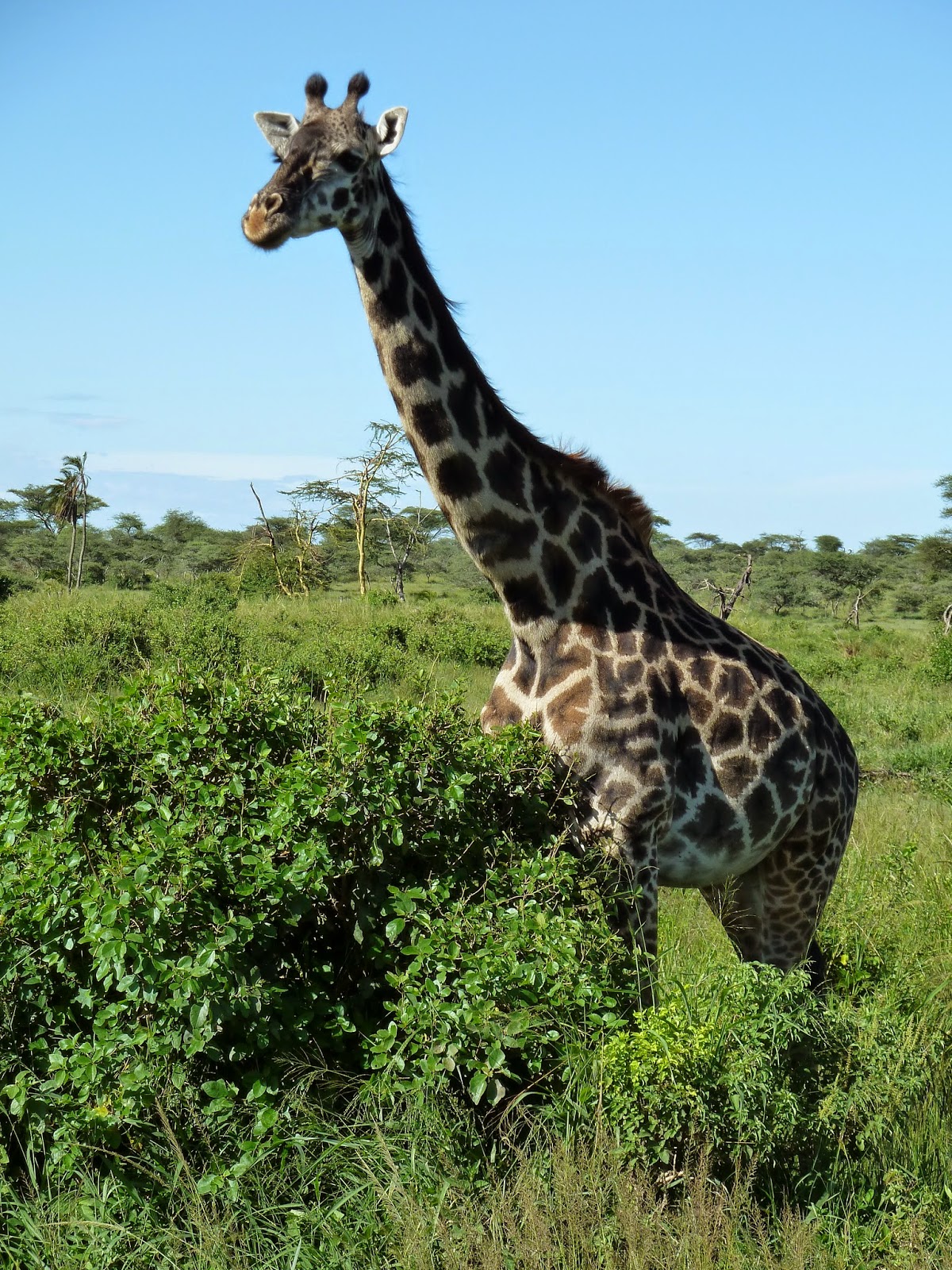 And what did we experience?  We… 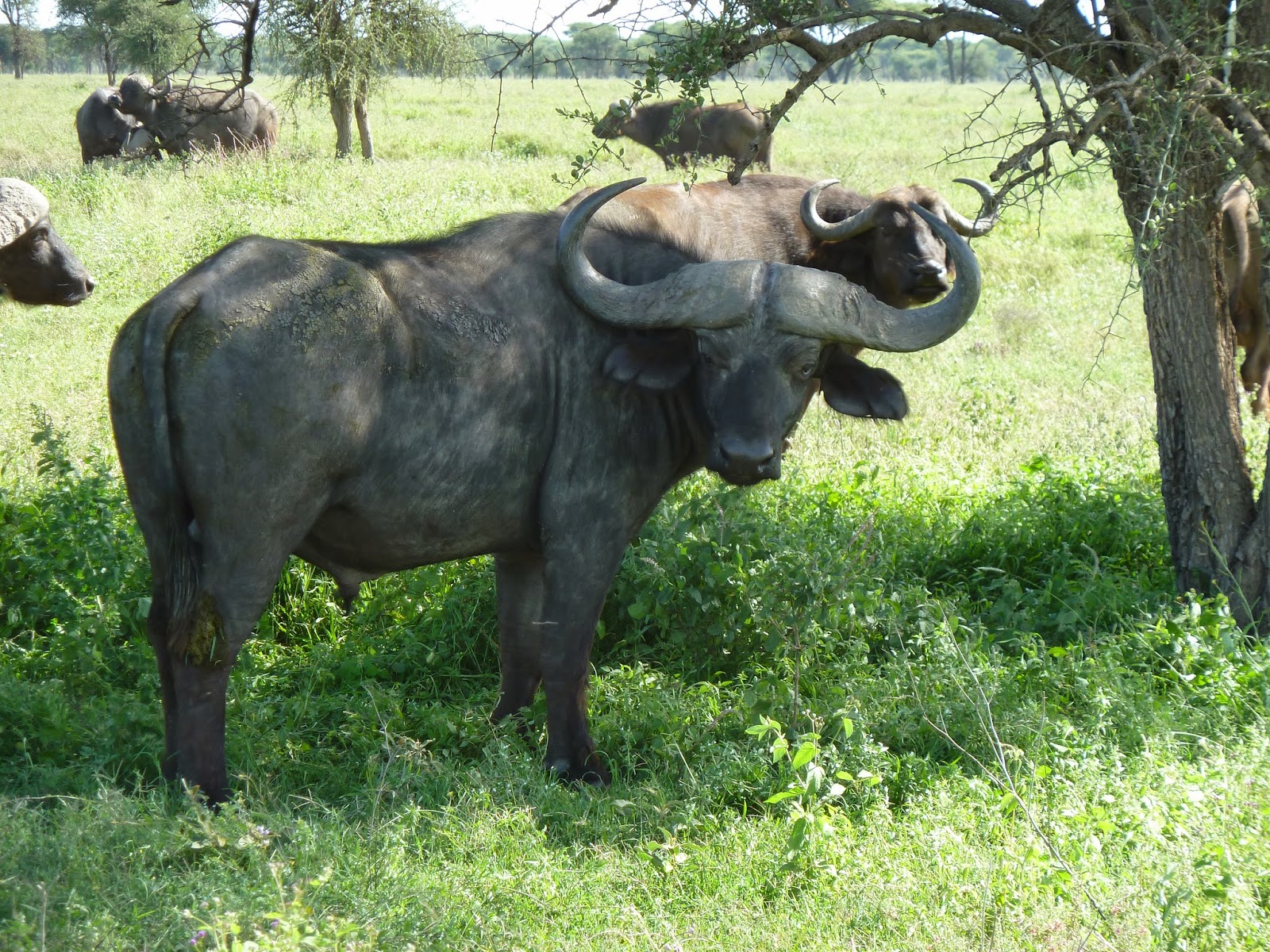 Probably as memorable as the sights were the sounds we heard.  The loud crunch of teeth on bones and laughing cackle of hyenas as they completely and recklessly devoured a fresh kill; the mating roars of both the male and female lions – 3 times in 20 minutes, 20 feet from the truck; the movement of tiny legs as the dung beetles rolled their new home; the muffled hoof beats of running wildebeests as they crossed the road in front of us; the flap of the vulture’s wings as they challenged hyenas for carcass remains; the gentle swish of water as the giant crocodile took an early morning glide; the snorts, grunts and groans from the warthogs, wildebeests, and hippos; the rhythmic  breathing and munching of the elephants who nibbled on the grass alongside our tent in the middle of the night, and the knock knock of their tusks along our tent posts; but my favorite – the zebra that mimicked a pesky barking dog; Alex was fabulous and could predict the movement of animals, so to position us for maximum viewing.  He could spot the bat eared fox and mongoose when we only saw grass.  And when he saw a cheetah laying atop a termite hill a good couple of hundred meters away, off we tore over the bumpy earth, creating our own path amidst the dust, bugs and branches. 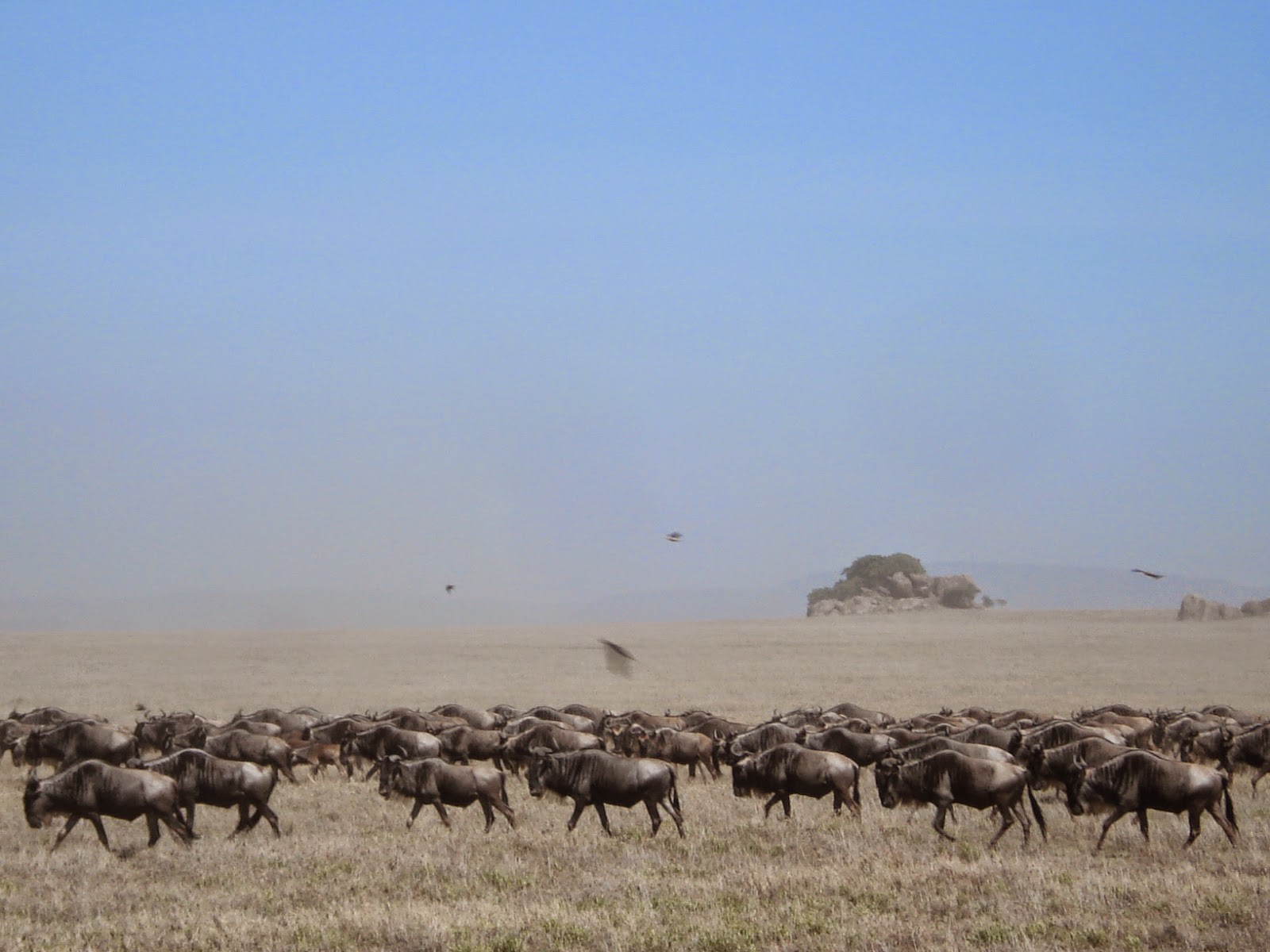 We took this trip when we did to follow the great migration, and we weren’t disappointed. This annual migratory movement of more than 2 million wildebeest, zebra and Thompson’s gazelles is considered one of the greatest shows in nature.  And for nine days, they let us be a part of it.  It took a while, but the bruises and bites healed, the sandy coating finally left my teeth, the dust no longer lingered in my lungs, the sunburn faded, and I stopped swabbing dirt from my ears within two weeks. It was the trip of a lifetime.
Next week, the people side of the trip – every bit as untamed, unpredictable, elusive, beautiful and captivating.
I’d love to hear from you. To leave a comment:
1. Locate the comment section at the bottom of the post. It may say No Comments if you are the first.
2. Hover your cursor over the word Comments and click to open the box that says Enter your comment.
3. After writing your comment, go to the box that says Comment As and choose Anonymous from the pull down menu.
4. Click on Publish