Google
I always enjoy the sights and scenery when I travel, but what I really love are the people, especially from cultures so different from mine. As much as this trip was about spotting and watching the movements of magnificent animals in the Serengeti and Ngorongoro Conservation Area, the safari was also a huge lesson about culture for me. It was the prospect of visiting a Maasai village and the city of Arusha, Tanzania that made my heart skip a beat before we even left Lansing. 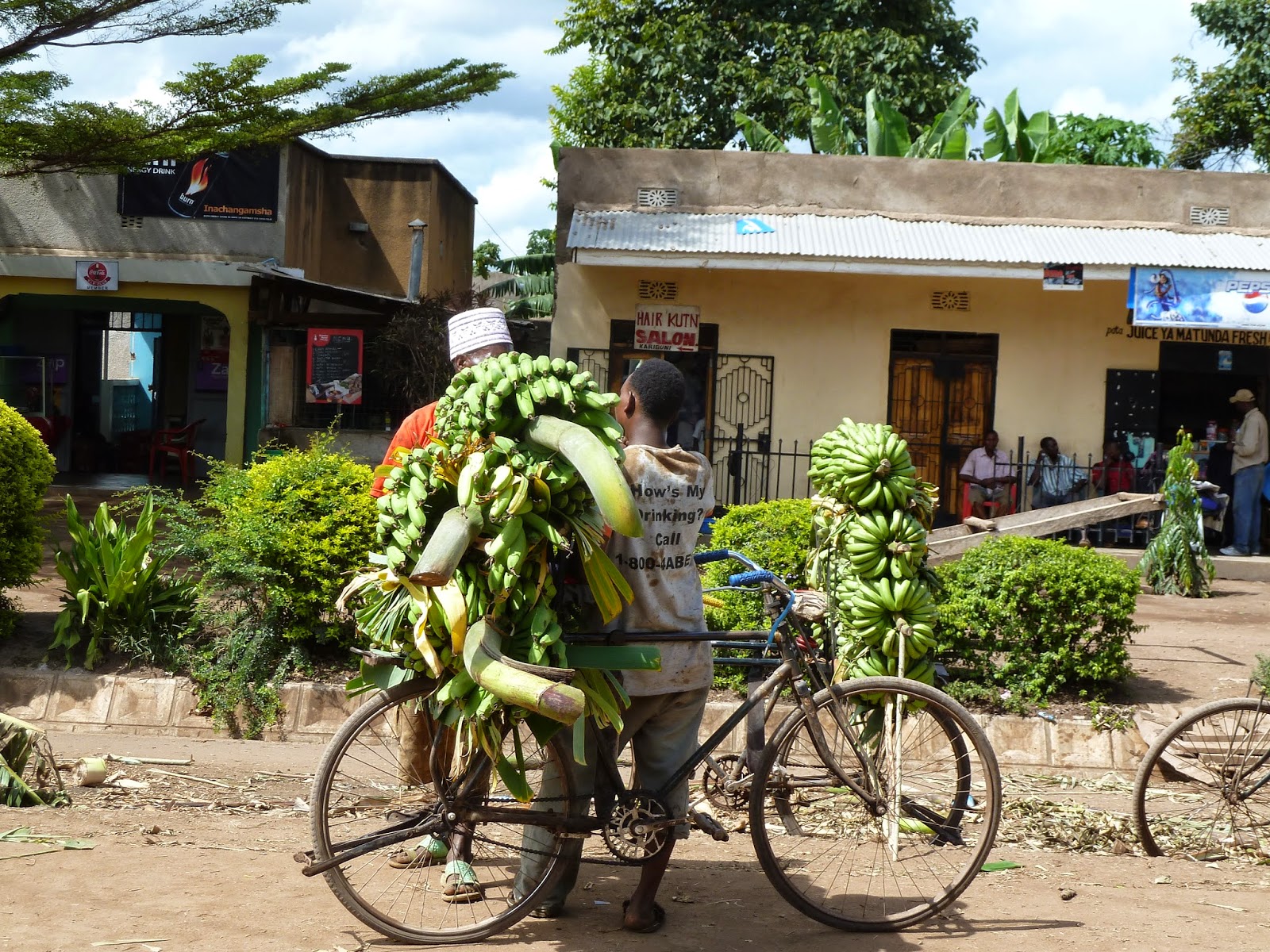 Our tour officially began in Arusha, Tanzania, a city of 400,000+, that serves as the heart of Tanzania’s safari industry, and is near Mt. Kilimanjaro. As luck would have it, we discovered an East Lansing connection in Arusha prior to leaving, so we were fortunate to have a tour of the central district as well as a local surrounding village. Both were astonishing to me. 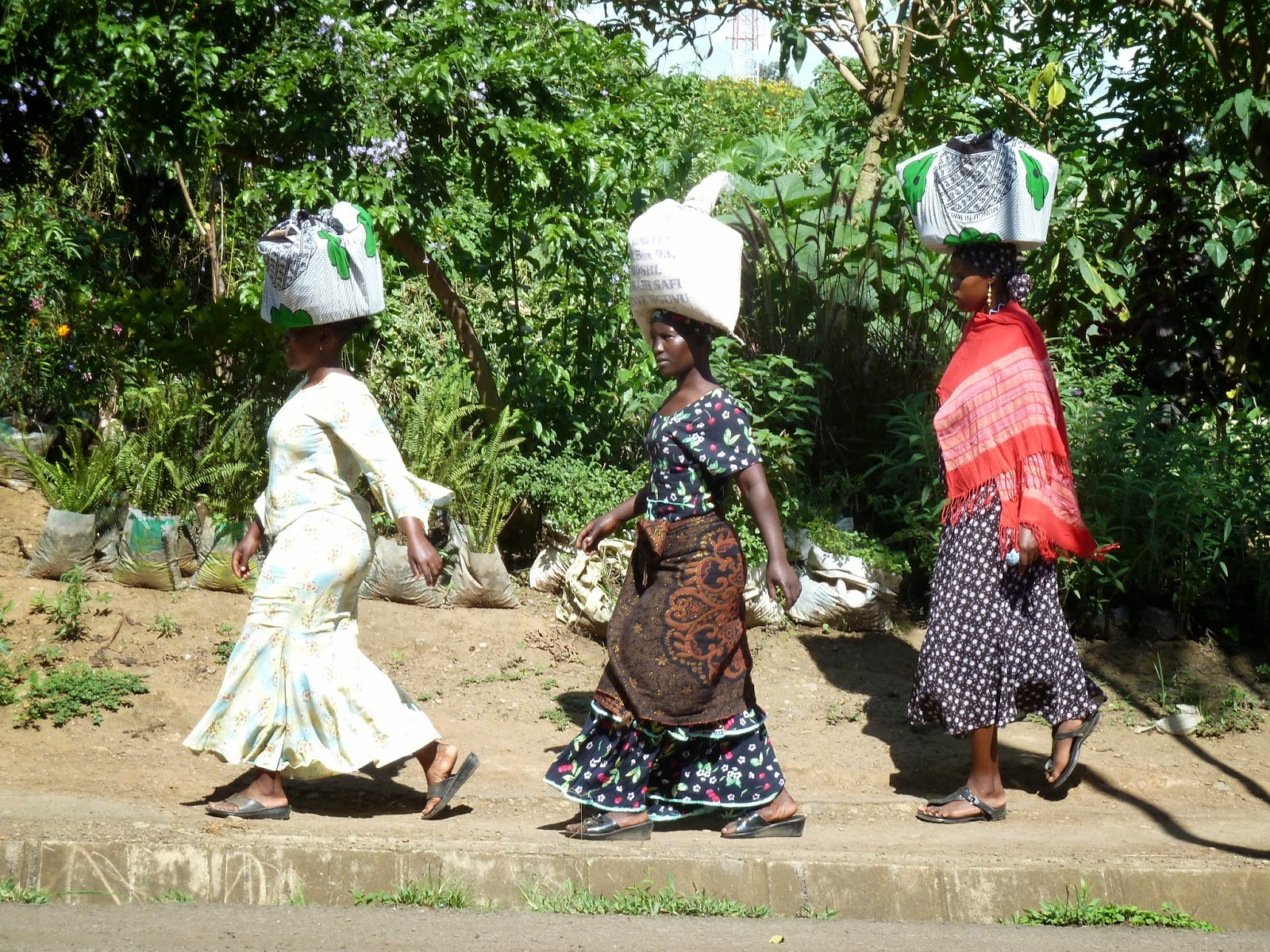 By all of our standards, Arusha is poor. And dirty. An undeveloped city in an undeveloped country, electricity is unreliable and clean drinking water is not available. We were cautioned to not hold our cameras out the car window for a photo, or risk having the camera swiped from us. Men wore shoes with repurposed tire treads as the soles; women walked long distances with baskets of produce and grain perched precariously on their heads.

The visit to our friend’s village was shocking, and every gene of discomfort in my body kicked in. Yet the children were playing and having fun and their peals of laughter brought a smile to my face. 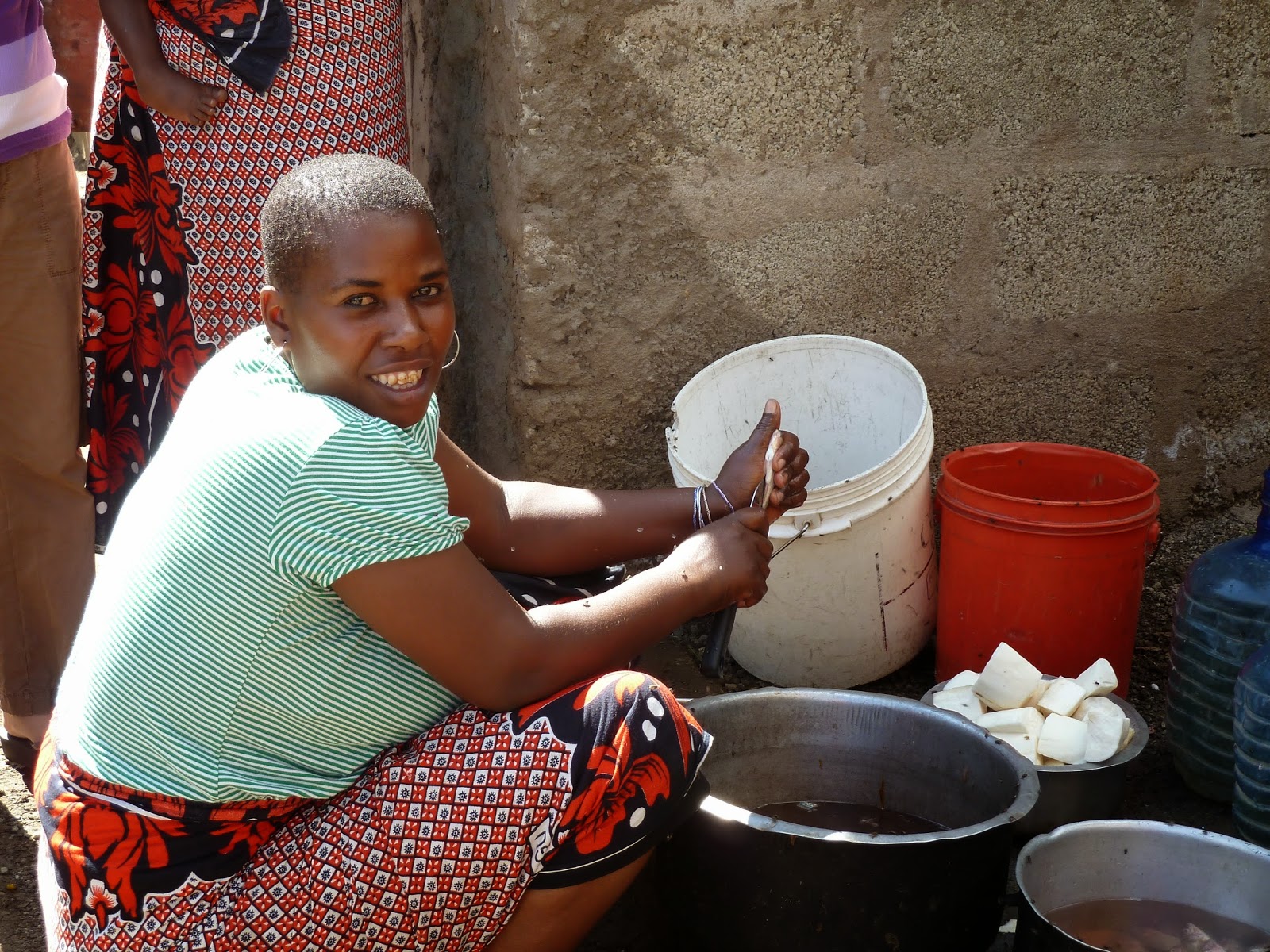 People were happy; this was the life they knew, this was their normal, this was their culture, so I had to fight my desire to rescue every one of them and bring them to America, the land of the rich and the free, where prosperity and opportunity await anyone willing to work hard enough. 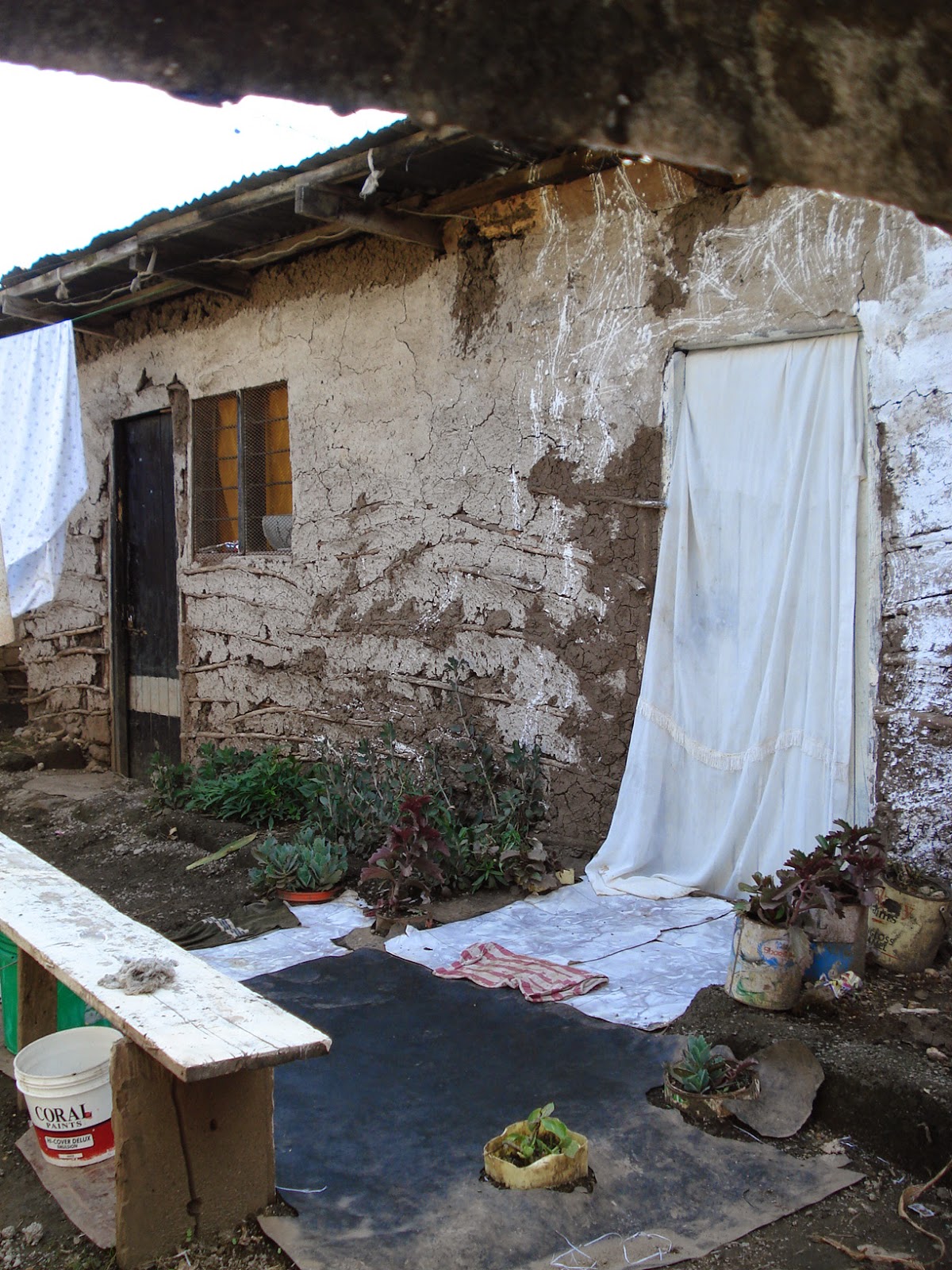 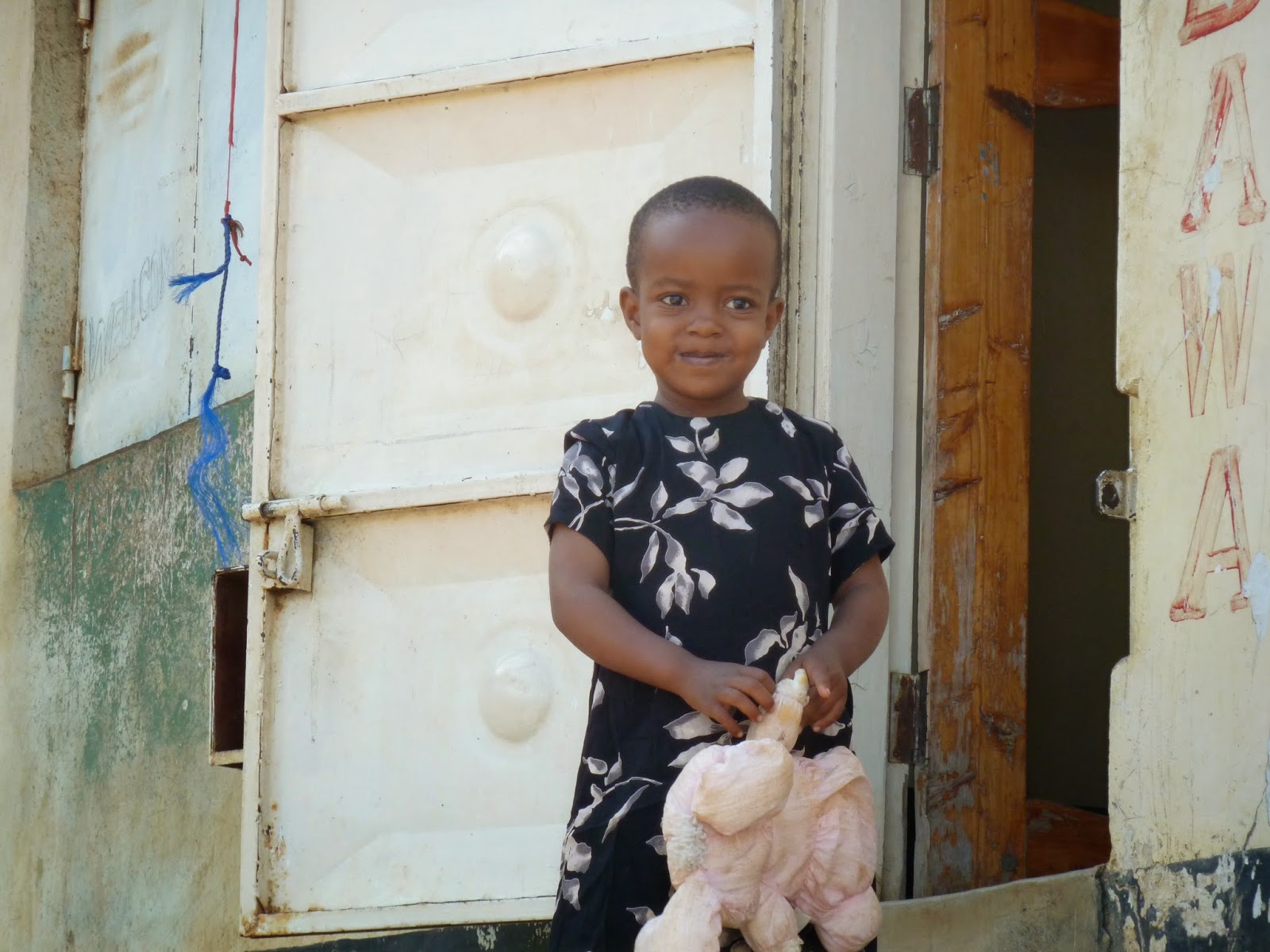 My arrogant, American attitude shifts into high gear when I am among what “feels” like such impoverished people when indeed, they experience happiness and sadness, peacefulness and conflict, desire and heartache just as every one of us does at times. 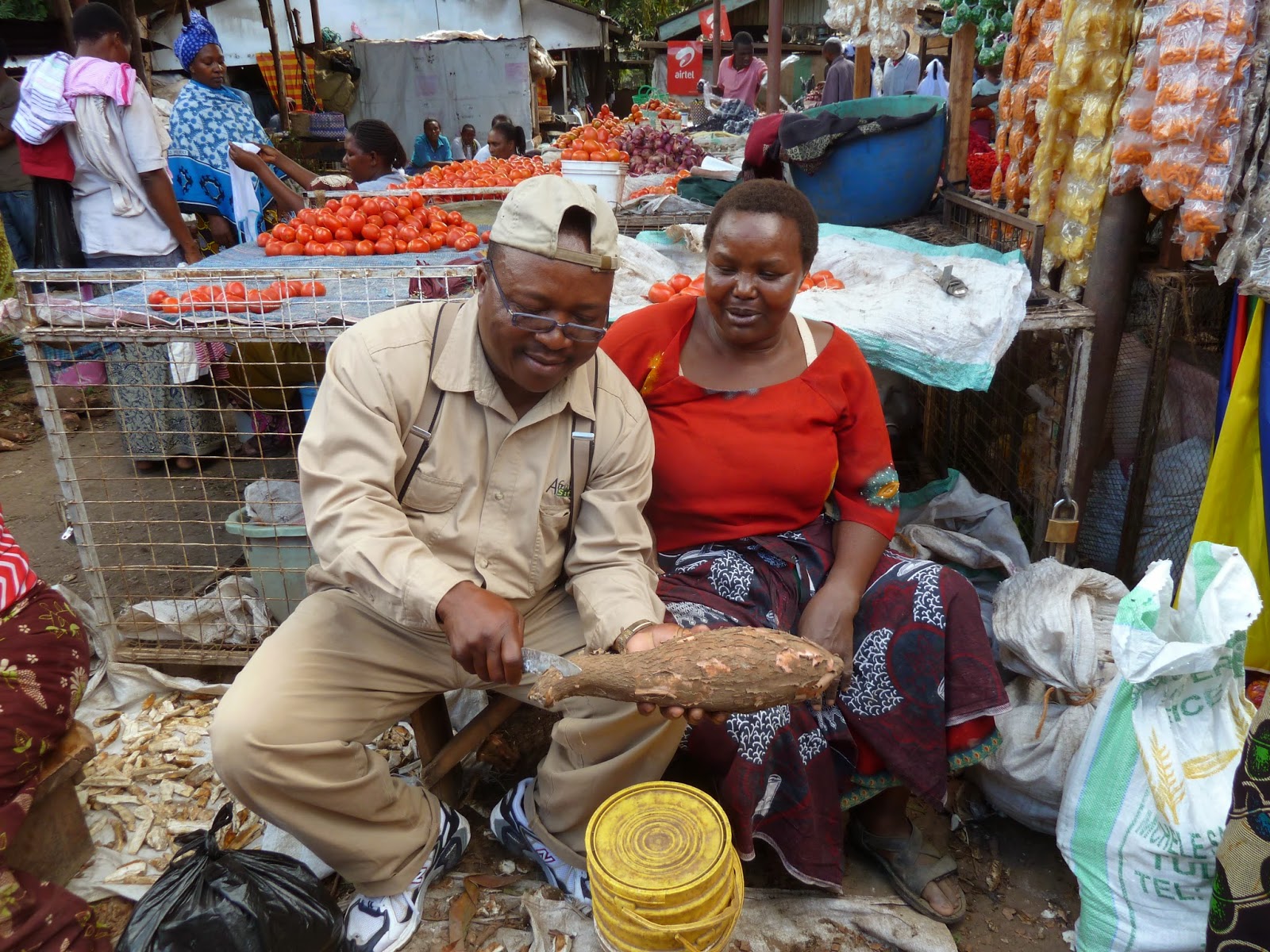 On our last day, Alex, our guide, took us to Arusha’s central market, where he and his family shop for their meat, fish and produce. It was a treat to go on such an excursion with a native Tanzanian man who knew some of the vendors. In the middle of the market, Alex encouraged us to stay close by and we wedged our way through the crowds. Here were two huge open flatbed trailers of old shoes, t shirts and other clothes, that we Americans had ridded our closets of donating to Goodwill and the like. And now the locals were wrestling to get their hands on our leftovers and has beens,   and I learned that places like Arusha are the dumping grounds for our extravagance. 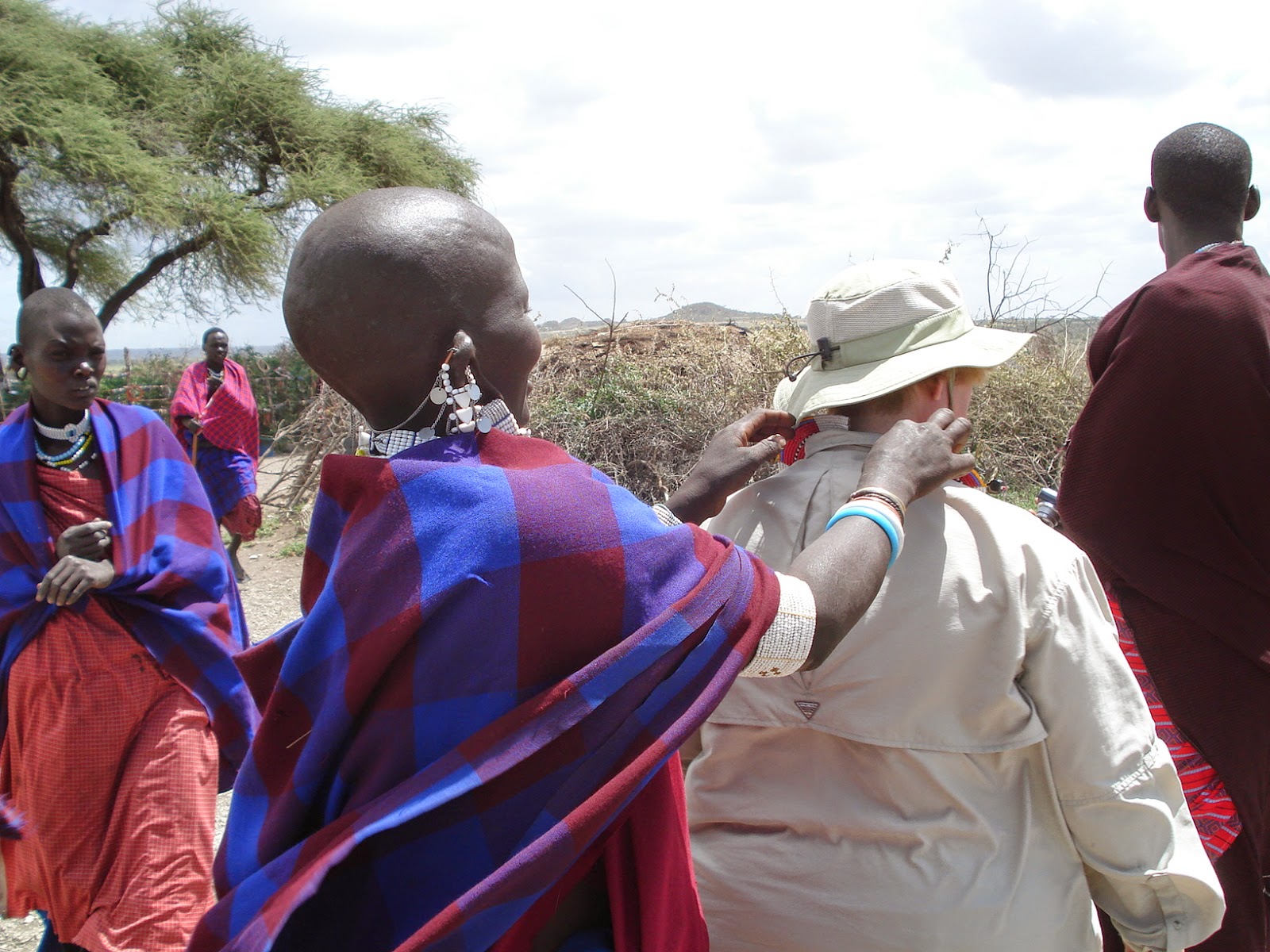 Included in the safari was a visit to a Maasai village, which is called a boma.  We were greeted warmly and Kathy and I were outfitted with special beaded neckwear (which we retuned when we left – too costly). I’ve long had a distant fascination with these nomadic people, but was not prepared for the experience. The homes are made of grass and cow dung and the beds are suspended animal skins, and even on this warm day, there was a small make shift oven warming the small home; I entered the opening hesitantly, while Kathy moved in easily. 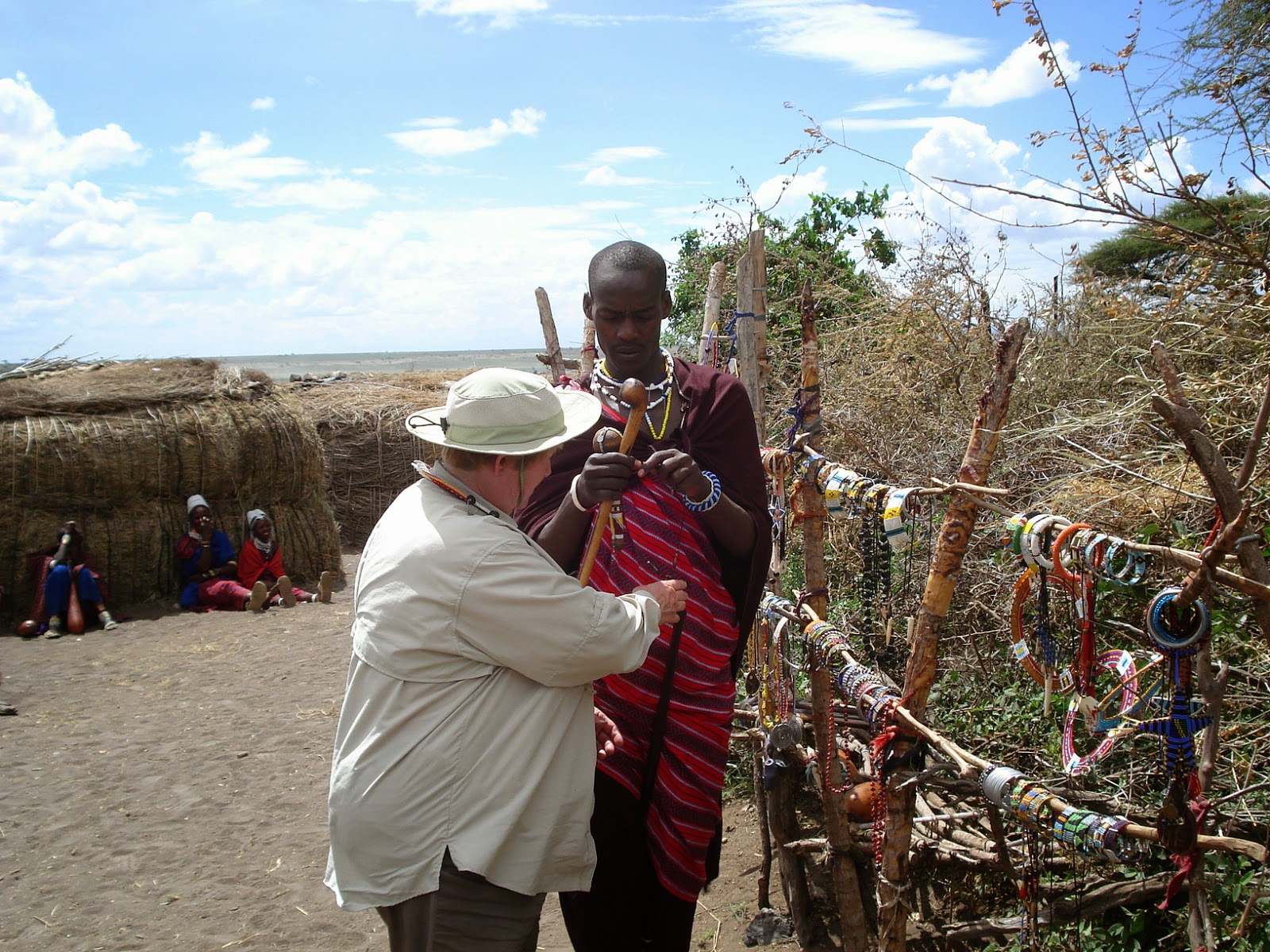 The women make lovely beaded jewelry for sale to naïve tourists feeling guilty about their own standard of living.  The village we visited had about 15 homes, all in a circle, all with their openings facing south to protect against strong winds. Once the herd of cattle and goats has exhausted the vegetation for grazing, the tribe moves on.

But their practices are very difficult for me to comprehend – their diet consists primarily of milk, meat, a grain, and blood; they circumcise both boys and girls around puberty in elaborate ceremonies – no anesthesia, or other medicinal support; groups of young men somewhere between ages 12 – 15, go off into the wilderness for weeks to become warriors, and we were told by another source that young girls are sent out to help them satisfy their needs. 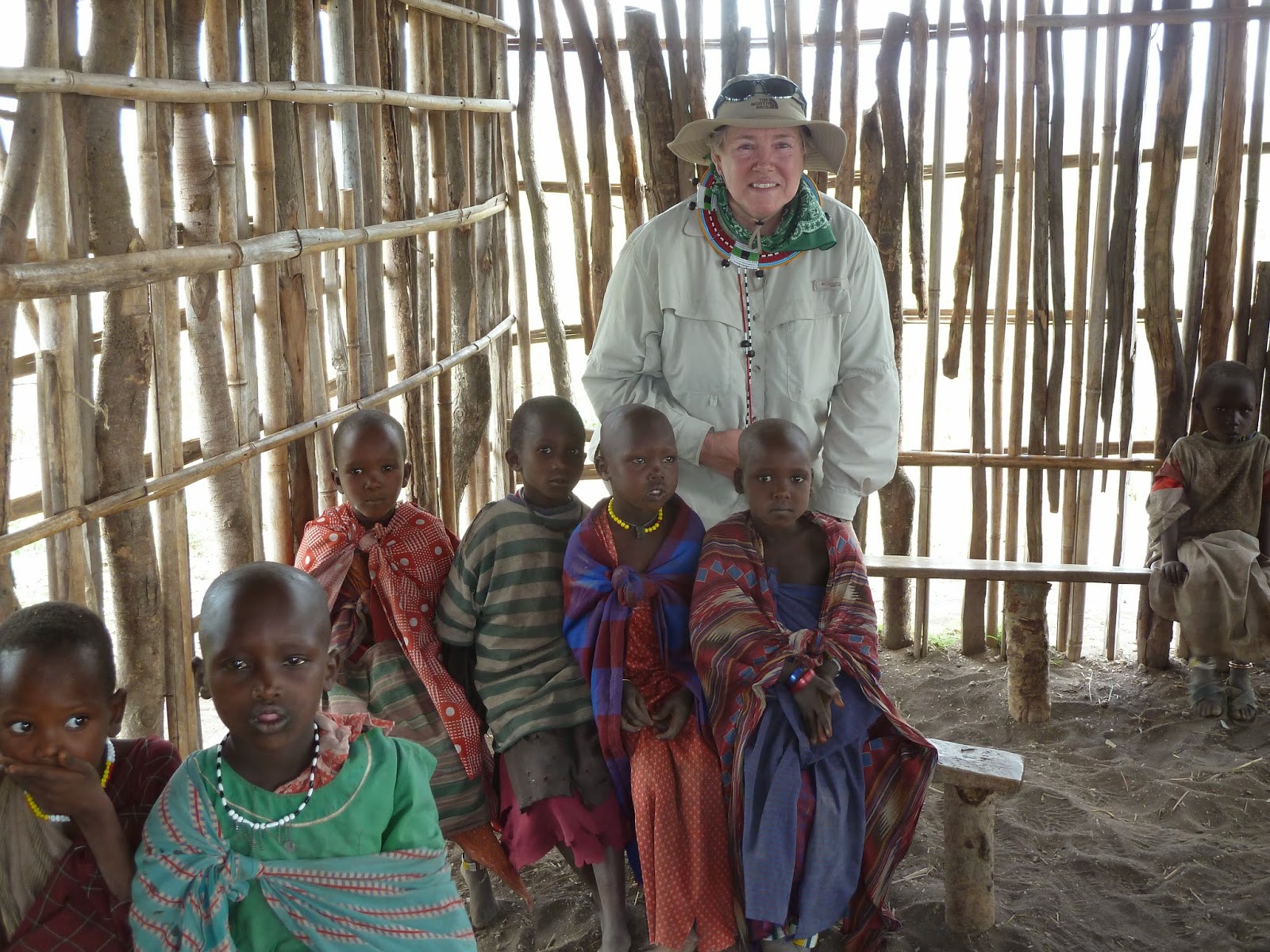 English and math are the only 2 subjects taught in the pre-school we visited, with the boys and girls separated on different sides of the room. The skeptic in me doubted there was any education being provided, and this was just another ploy to get money from tourists. Of course, we made a contribution. It works! 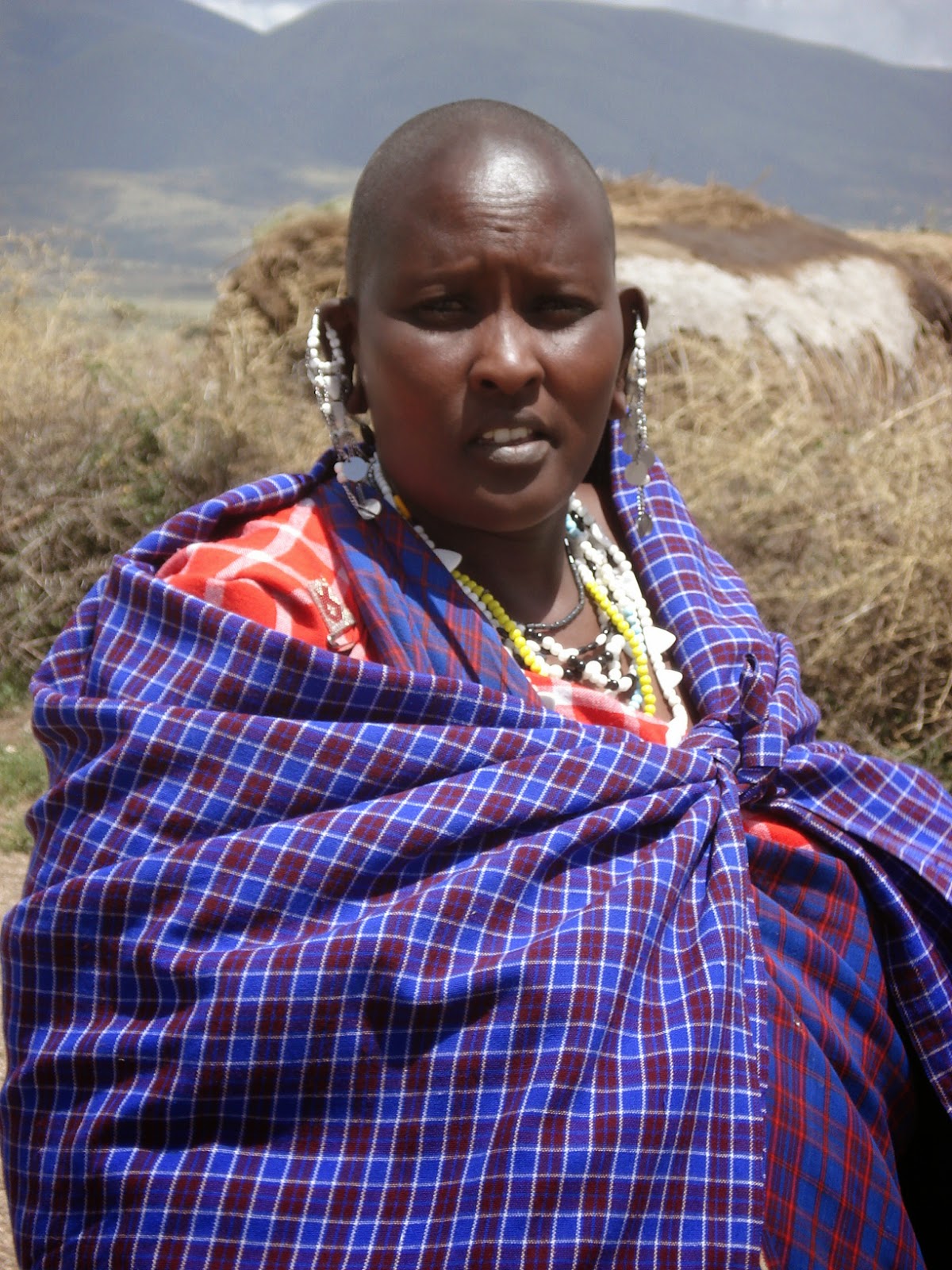 Again, I fought the urge to scoop up the children, or the mother who had just delivered, and bring them back to my culture that values flat screen TVs, an aisle of shampoo choices, and bacon wrapped pizza. Again, I had to temper my arrogant American attitude that our culture, and only our culture, is how life should be lived. This is not the first trip that I’ve had to reconcile that within my soul, and perhaps, won’t be the last. 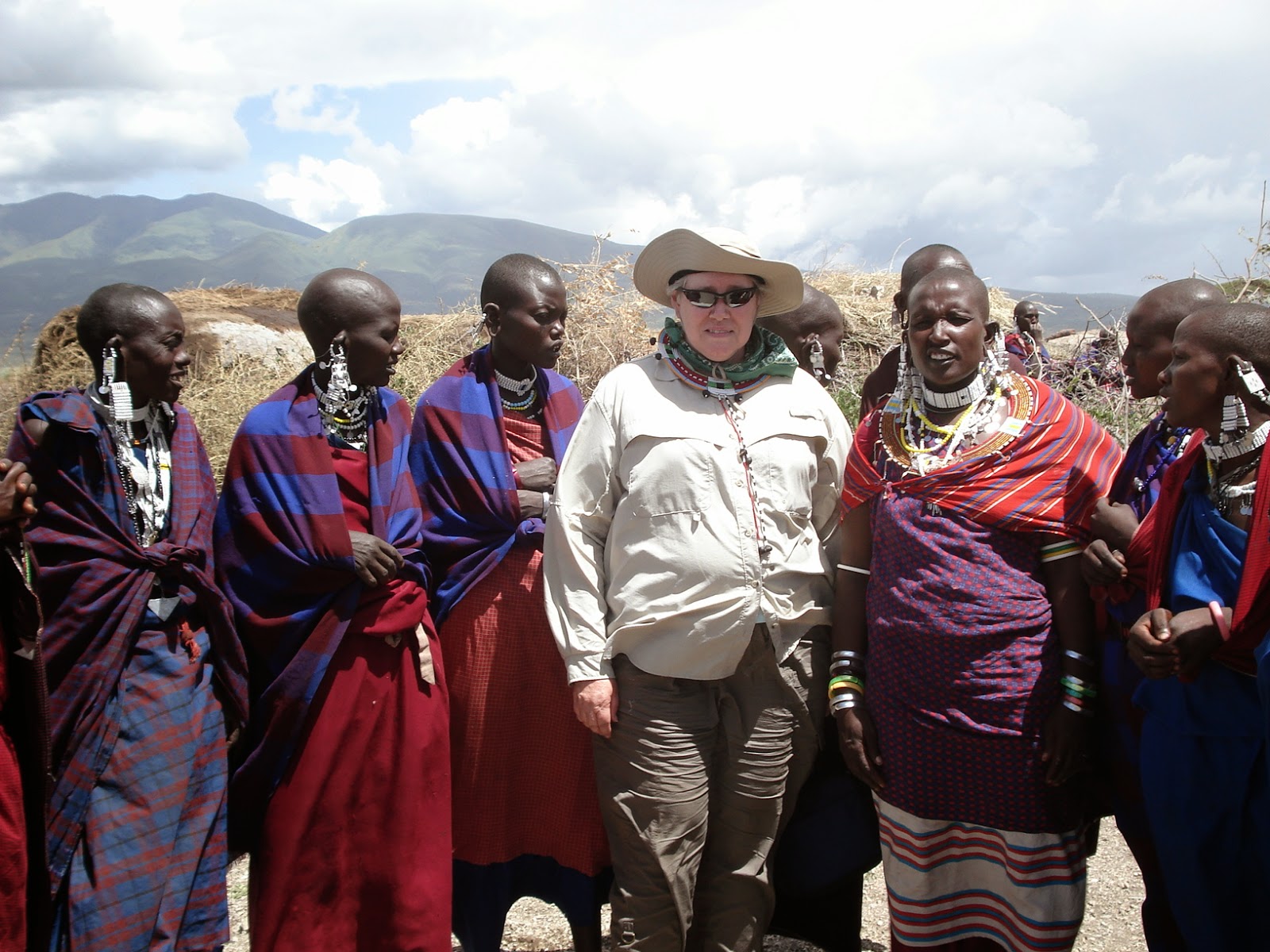 The off putting scent of the village and its people, fostered by diet and homes made of cow manure, stayed in my system for the next two or three days, and at times, left me a bit nauseous. There are more than 42,000 Maasai who have learned to live in harmony with the environment and wilderness. I have since learned that due to western pressure, circumcising girls is not as common as it once was. 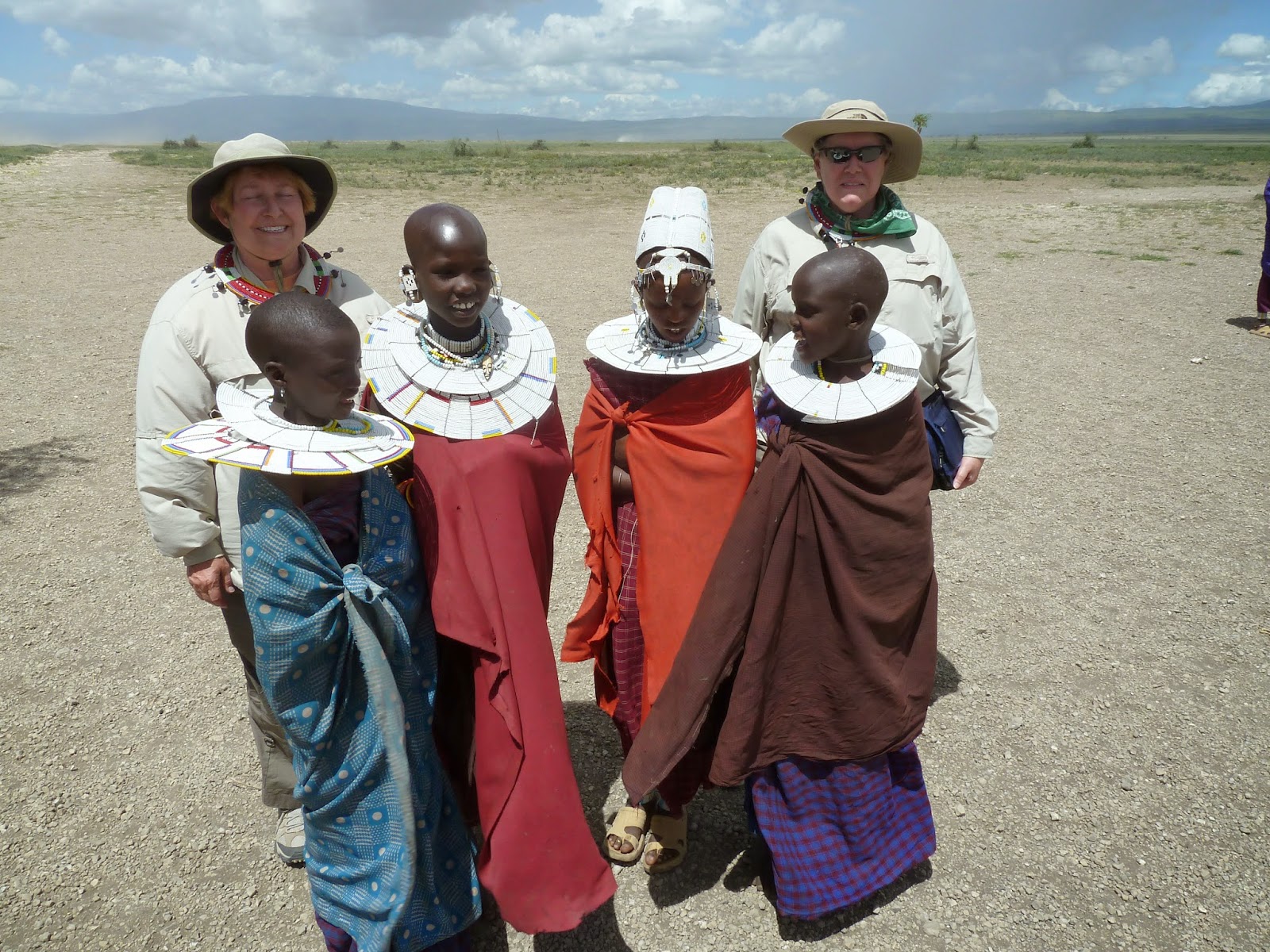 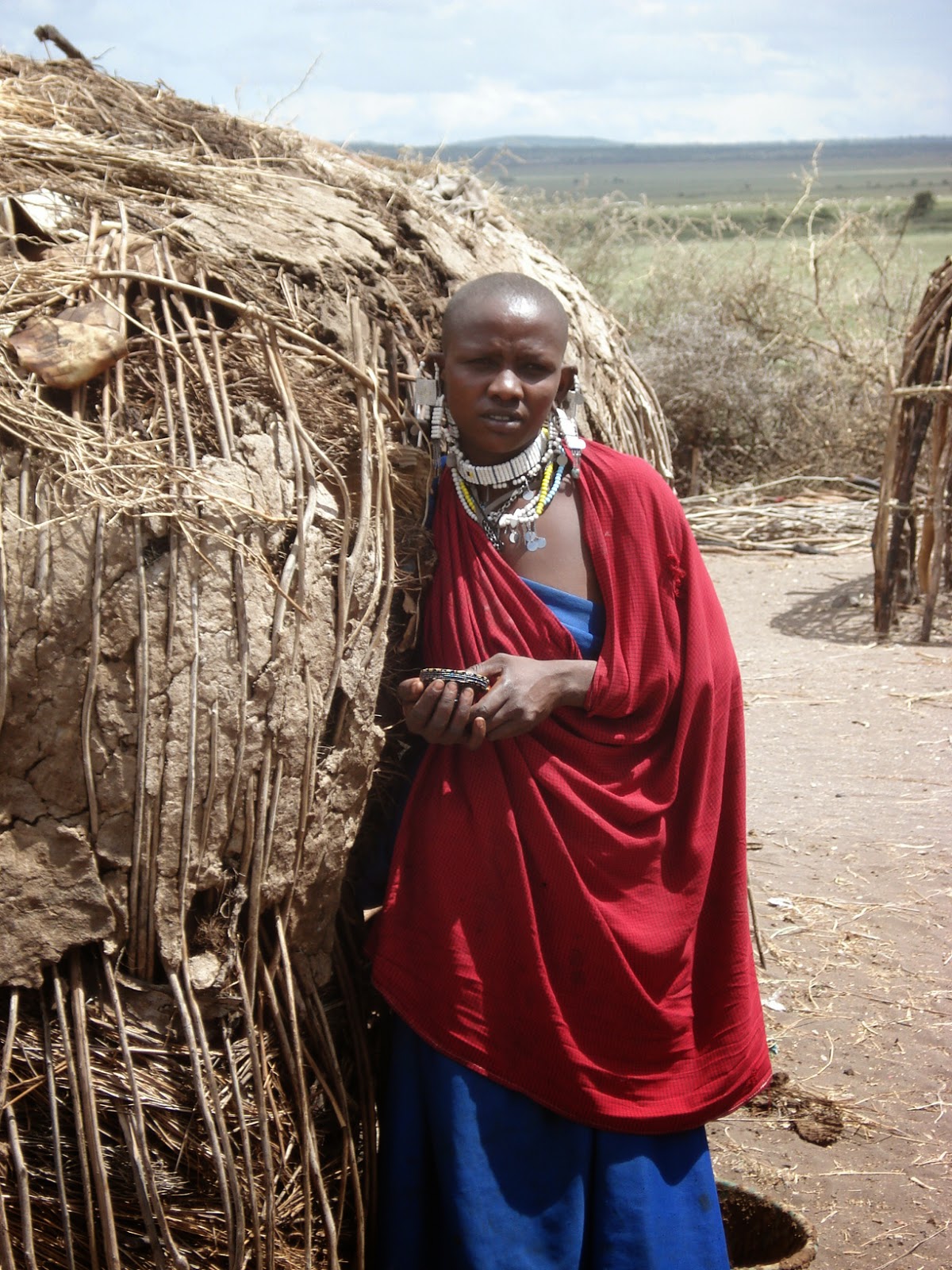 Here’s a link if you want to read more about the Maasai culture.
http://www.maasai-association.org/ceremonies.html 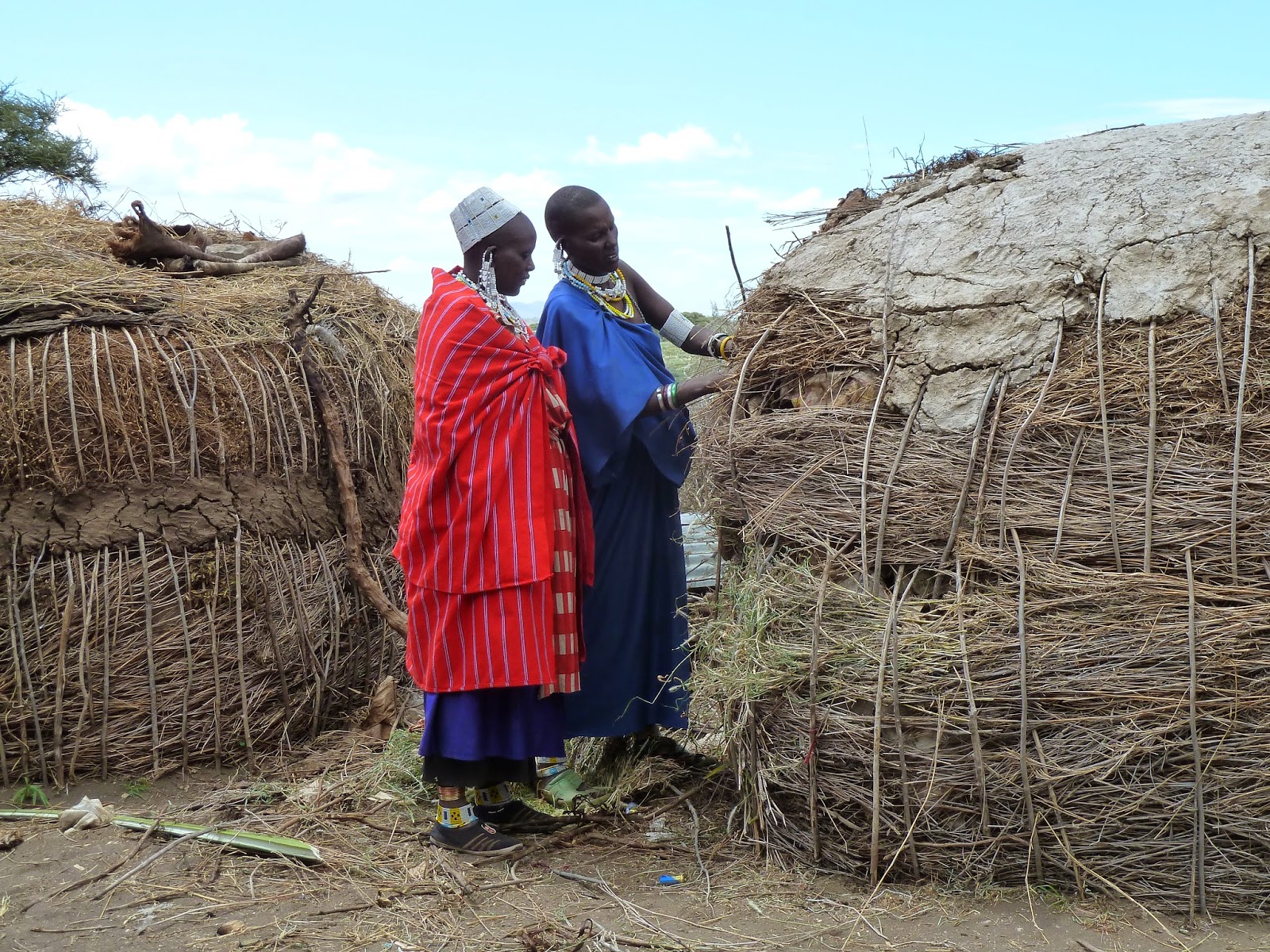 My Tanzanian safari – a trip of a lifetime with sights that left me breathless, speechless and humbled, and with a deeper appreciation and respect for cultures so very different from my own. And a little less arrogant, I hope.
I’d love to hear from you. To leave a comment:
1. Locate the comment section at the bottom of the post. It may say No Comments if you are the first.
2. Hover your cursor over the word Comments and click to open the box that says Enter your comment.
3. After writing your comment, go to the box that says Comment As and choose Anonymous from the pull down menu.
4. Click on Publish