Google
I recently celebrated my birthday, and thanks to Mark Zuckerberg, I heard from many high school classmates, former coworkers, relatives near and far, and many others who wished me Happy Birthday and truly, I was grateful about that. But as I enjoyed some angel food cake and berries that night, I reflected on birthdays past, and then became fully aware that unless God has other plans for me, I have celebrated at least two thirds of my birthdays already. My mind began to anticipate birthdays in the future – what did I want to achieve by the next one, or the one after that, or the one after that? And then I was flooded with birthday memories, but one memory was more significant than all others.
In 1981, my dad’s health took a serious turn in mid-May, and we knew he was in his final days, succumbing to a tumor that had manifested in his brain. I prayed hard that he wouldn’t die on my birthday, May 26. He didn’t. I prayed he wouldn’t die on his birthday, June 7, or my mom’s, June 10. And he didn’t. He waited and died one week later… on my oldest sister’s birthday. 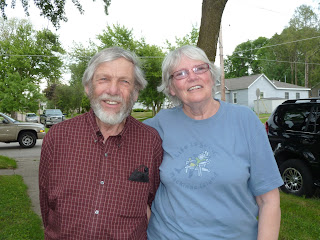 On Wednesday of this week, she celebrates her birthday. Is it a “significant” birthday? Her five children, most of her eleven grandchildren, her two sisters and many friends will gather, along with her husband, to help her blow out the candles before the fire department is summoned, so I suspect she will consider it significant.
What makes birthdays special? Or memorable? Or significant?
I remember the lime green stretch pants I received when I was about eight, identical to the pair my best friend had; wahoo, that was special!
My eighteenth birthday coincided with Senior Skip Day, and I found myself stepping into a bar for the first time (18 was the legal age in Wisconsin then). Memorable, because drinking with classmates who looked too comfortable all bellied up to the bar was nowhere near as fun, exciting or sexy as I thought it would be.
And there was the time my other sister, Judy, snuck me into a favorite sing-along bar on my 20th birthday in Colorado with her roommate’s ID. Colorado was a 21 state. Significantbecause I’d never been such a risk taker before!  (Why do I remember the bar experiences?)
One year, my staff had a local, hole in the wall restaurant that specialized in pies make one just for me – banana cream with meringue as they knew that was my favorite, and it was reminiscent of a little café in my hometown. Now that was special.
Many more other memories, but enough with the home movies.
I tend to think that every day we enjoy good health and the opportunity to do what we want with the people we care about is special and worth celebrating, but some birthdays are certainly more special there’s no question about that. I don’t know what future birthdays will look like for me, but I’m excited to help Barb celebrate hers this year, though the official party isn’t for a couple of weeks. And I’m hopeful it is special, significant and memorable, for all of the right reasons.
So what makes a birthday special for you, and what do you remember most about birthdays past?
To Comment:
1. Scroll to the Comment section at the bottom of this post. It may say No Comments if you are the first.
2. Hover the cursor over the word Comments and click open the box that says Enter your Comment.
3. After writing your comment, go to the box that says Comment As and choose Anonymous from the pull down menu.
4. To make a correction, click on Preview, and then click Edit. When finished, click Publish.
5. Click on Publish.