Google
A little update from our Yankee Doodle Tour. That’s what I’ve named this because you don’t go to Branson if you’re not on a tour. Seriously, I told Kathy I was buying lanyards and making nametags so we’d fit right in, and get the discounts. We’re already the right age, and have the sensible walking shoes. From Branson, Missouri to Mountain View, Arkansas, we experienced the tremendous range in culture found in the Ozarks. And along the way, I’ve learned more about the geography of the Ozarks.
Exactly where and what are the Ozarks? It’s a highland region also referred to as the Ozark Mountains covering the southern half of Missouri, northwest and north central Arkansas and a slice of both Oklahoma and Kansas, covering 47,000 square miles.  Geographically, it is stunning with multi-lane roads cutting through massive slabs of stone revealing wide open vistas of lush green fields and trees. And it is windy, steep, narrow, narrow mountain roads that pierce the fog in the hollows long after sun up, before climbing to the top of the ridge again. Regardless, it is beautiful.
Our first stop was Branson, which was a late add-on to the trip, and I’m glad we stopped. Now, EVERYONE I know has their perception of Branson and I speculate, everyone is right; at least partially right. It did not have the glitz I’d expected, though it is one huge sign after another for the 5 mile length of the city as it hugs the shore of Lake Taneycomo, and because we visited in September, it was literally, all retirees. Not even any 40 or 50 year olds. I’ve decided, it’s a coming of age trip for the retired set.

The musical offerings are varied and we saw the Texas Tenors who were incredible – winners of America’s Got Talent in 2009, and I’m already saving the date when they’ll be in Michigan in 2015. I will not however be like Jeanette who was seeing them for the 163rd time the night we were there. I’ve also decided that you’ve not really made it in the music industry if you do not have a “tribute” performer in Branson. From Patsy Cline to George Strait, Michael Buble to the Beatles.

What I didn’t realize about Branson was the obvious, conservative religious influence in the area. Biblical themed productions, mega churches built around the city (ok, lots of glitz there), and the underlying theme in every business, theater and restaurant. Even in our hotel, the internet password was JesusSaves. It’s a union of religion and recreation, which created a really interesting culture, I thought. By the way, the second show we saw was The Hughes Family – 5 brothers, their wives and 36 of their 38 children. Short on polish but heavy on schmaltz. It was the Osmond’s on steroids without the Osmond’s talent. 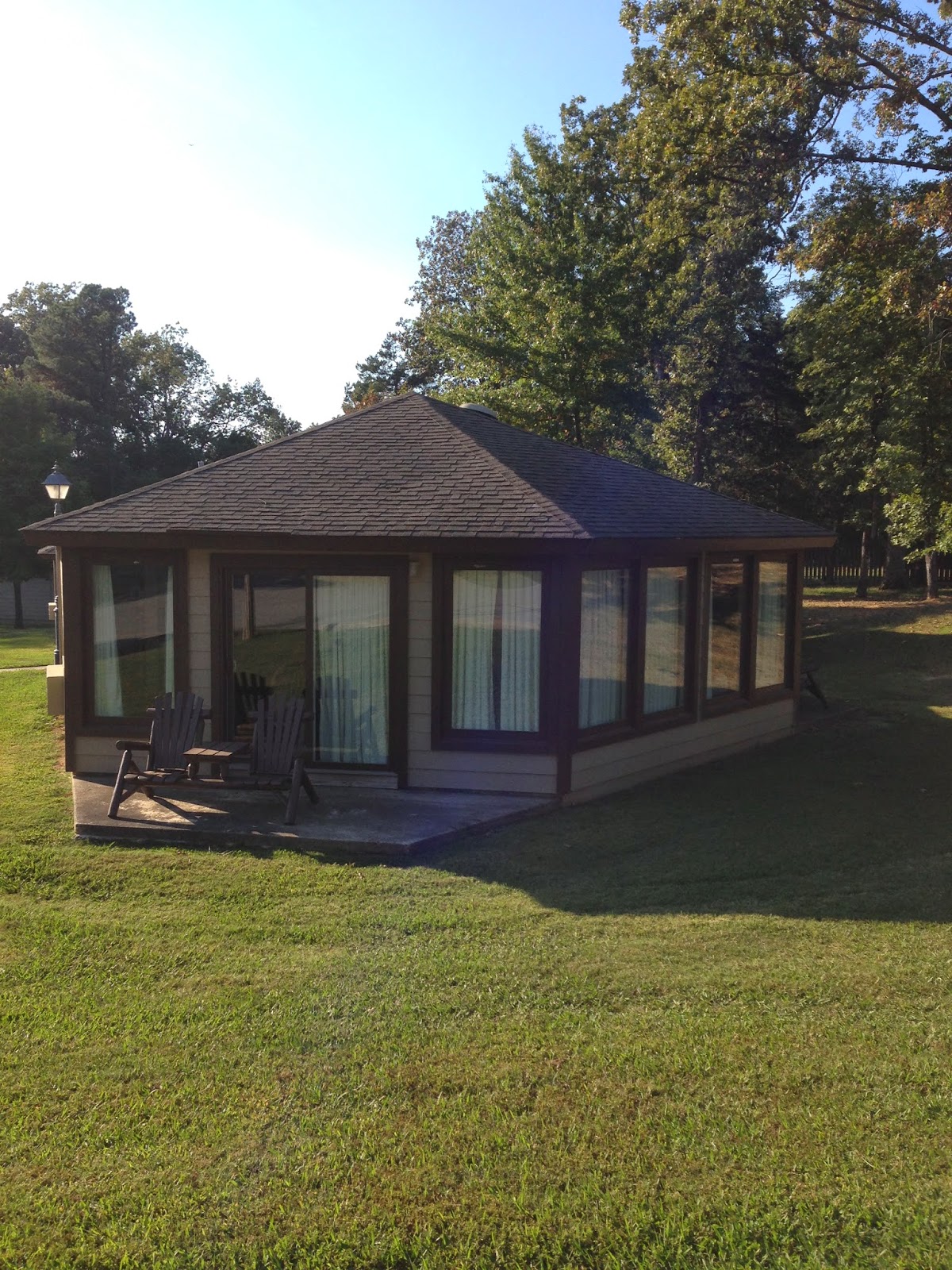 Next up was a trip to Mountain View, Arkansas.  Tucked in the mountains is the Ozark Folk Center State Park, which is dedicated to preserving the folk crafts and music of the mountain area. What a treat this was, including the cabin we stayed in. Getting there and then back “out” the next morning however was an adventure. Imagine driving as far out of the way as you can get, then pressing on.  We passed through a couple of modern day ghost towns that took our breath away because they looked like spooky scenes from old movies.
We had fun visiting the craft village in the afternoon and made purchases of handmade soap, a leather book mark and a horseshoe.  That’s right – a genuine, handmade horseshoe right from the blacksmith. The best purchase was the set of musical wooden spoons Kathy bought – oh, she is going to have fun with those, right after she figures out what she’s going to do with the horseshoe. After a dinner of chicken and dumplings, we thoroughly enjoyed ourselves at the concert that evening featuring 5 different local groups playing fiddles, guitars, banjos, a mountain dulcimer and even a whale bone bass. Interesting to us, we met several people living there with Michigan connections – the knife make worked for Ford Motor Credit for 38 years, a musician is a current GM employee and another musician studied previously at Interlochen, a nationally known summer music camp in northern Michigan. Also of note, there was a Road Scholar/ Elderhostel program there while we visited.
The next morning, we were on the road early and the first 60 miles were as steep and curvy as the signs warned.  Local radio accompanied us and we so wanted to visit the local Cowboy Church where they are “committed to leading the cowboy/western culture and those cowboys at heart to become life- long followers of Jesus Christ” but it was just too far out of the way.
The Ozarks – always a popular destination for people seeking healthy air and a cure to their ailments.  But in December, 1991, 60 Minutes ran a segment on Branson that declared it the “music capital of the universe” and it’s never been the same since.  Worth a visit, but not complete if you don’t include the non-Branson areas as well.
This is a great links to learn more about Branson and the Ozark Folk Center. http://www.explorebranson.com/about/branson-history/
http://www.ozarkfolkcenter.com/